The Ghost on the Highway 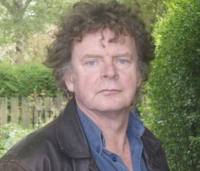 Some years ago I played sax and congas in a band called the Sabrejets. We used to carry our kit around in an old blue ambulance that once belonged to the NHS Blood Transfusion Service. We would gig in Teesside or North Yorkshire and drive back to Newcastle, often late at night, the kit stashed in the back, along with two of the band, drummer Sandie La Rocque and guitar/vocalist Carlos ‘Fiery Gob’ Magee.  Three of us used to sit in the front of the van – my brother Chris (aka Kid Glover), Martin Craig (aka Diesel La Fume) and myself, at the wheel – (aka Antoine Legris).

In the early hours of the morning, around one or two am, we were driving back from an engagement in Middlesbrough. It was a summer night. the  skies were clear and the visibility  good.  At that time of the morning the roads were almost empty. There was certainly nothing on the road when the incident happened. We were driving through Felling on the A184, just beyond Heworth Metro station, heading north to Newcastle.  We were starting to think about our warm beds. But we were all wide awake, though quiet. It was that dead time of the night.

The road which passes the Metro station is a dual carriageway. The road, as I said, was empty. We were driving – slowly – along a straight piece of highway. Suddenly the steering wheel whipped around to the right and the van swerved over. In a moment I found myself driving along  the fast lane. It was the oddest sensation, as if someone had grabbed the wheel and wrenched it around.

‘What was THAT?’ I shouted.

Martin said he thought he saw a child run from the side of the road and dart  in front of the van. But Martin was sitting too far away to have taken the wheel. He swore he had not touched it. As I felt the wheel turn I was looking down – I saw nothing holding the wheel except my own hands. We were all shocked and feeling a little shaky as we drove the final couple of miles home.

I met Martin  the other evening – at a Beverley Knight gig – and we started to talk about that incident.  Martin told me about this passage, which comes from Charles Shaar Murray’s book about John Lee Hooker. Hooker’s friend, Eddie Kirkland, was talking about their life on the road :

‘We made some long trips man.’

‘Well, I did all the drivin’,’ says Kirkland. ‘A lotta nights I drove all night long to get a place. We’d leave Detroit and wouldn’t stop till we got to Macon, Georgia. No sleep. The only times we’d stop was to get a cup a coffee, stop in Nashville sometimes. We’d stop for a few hours because we made a lotta good friends in Nashville. Most of the time Hooker would stay up with me all night and talk, sometimes he’d get tired and go to sleep. He’d always sit in the front seat, never in the back. At that time we’d see ghostses on the highway…’

He’s not kidding. And he says it wasn’t simply the effects of lack of sleep either.

‘No, that’s the way it were. That was for real. He’ll tell you hisself. We saw a lotta ghostses on the highway, in different places that we travelled to, and that was back in the ‘50s. Nowadays, you don’t have too many people sayin’  that they seen ghostses. Me and him we both seen ‘em. We seen ‘em man, cross the highways man, jam the brakes an’ shit, get out and there be nobody there.

Eddie Kirkland in Boogie Man: The Adventures of John Lee Hooker in the American Twentieth Century, by Charles Shaar Murray

Dropping Your Pants in Public
‘So’ is the biggest word. ...

The Ghost on the Highway